The Baillmarsane basin: the MONTCLIMA pilot case on sediment dynamics and erosion following a major fire

The Baillmarsane catchment area is located in the foothills of the Canigou mountain in the Pyrénées- Orientales. It is a very dynamic catchment in terms of torrentiality, erosion and land movements. In January 2020, the Baillmarsane was impacted by storm Gloria, which was very intense in terms of rainfall and snowfall, unusual for the winter season. In some places, the equivalent of 4 to 5 months of rain fell in 72 hours, which generated exceptional flooding on the scale of the department.

Figure 1: Response of one of the tributaries of the Baillmarsane River during storm Gloria.

The catchment area is largely located in a RTM state forests (from the reforestation policy at the end of the 19th century). In this context, the mountain land restoration department of the Office National des Forêts (French National Forestry Office) drew up a risk basin study (EBR). This is a study as complete as possible on the history of the land and the occurred events, the phenomena that have taken place, with a particular focus on hydraulics, the analysis of the hazards, but also the state and effectiveness of protection systems by civil and biological engineering. The objective of this kind of studies is to understand, qualify and quantify the various phenomena that are taking place in a given area. For this purpose, the RBA requires many days of fieldwork and the compilation and treatment of big amounts of data.

Thanks to the MONTCLIMA project and its WG3 on pilot demonstration cases, we already have some preliminary results from the study of this area with LIDAR technology that we present here.

LIDAR (Light Detection and Ranging or Laser Imaging Detection and Ranging) is a device for determining the distance from a laser emitter to an object or surface using a pulsed laser beam. Until the MONTCLIMA project, LIDAR data were used in the area to physically analyze the land studied. They were used also to identify issues, map phenomena precisely, calculate slopes and exposures, sub-catchment areas or talweg lengths for hydraulic purposes. In the context of the Baillmarsane, the opportunity represented by the fact that we have data from a first LIDAR flight in 2018 as well as data from a second LIDAR flight in 2021, some time after a major event such as storm Gloria, opens up the possibility of new uses for these data.

The processing consisted of comparing the 2018 and 2021 data at several levels of resolution, from 1m to 20cm. The first objective was to map the extent of the phenomena and their physical evolution on the land, for example the retreat of banks or the formation of a riprap. The second objective was to quantify these phenomena by carrying out sediment balances and correlations between erosion zones and deposition zones. In view of the variation in the results, the use of ranges of values rather than fixed values was chosen. 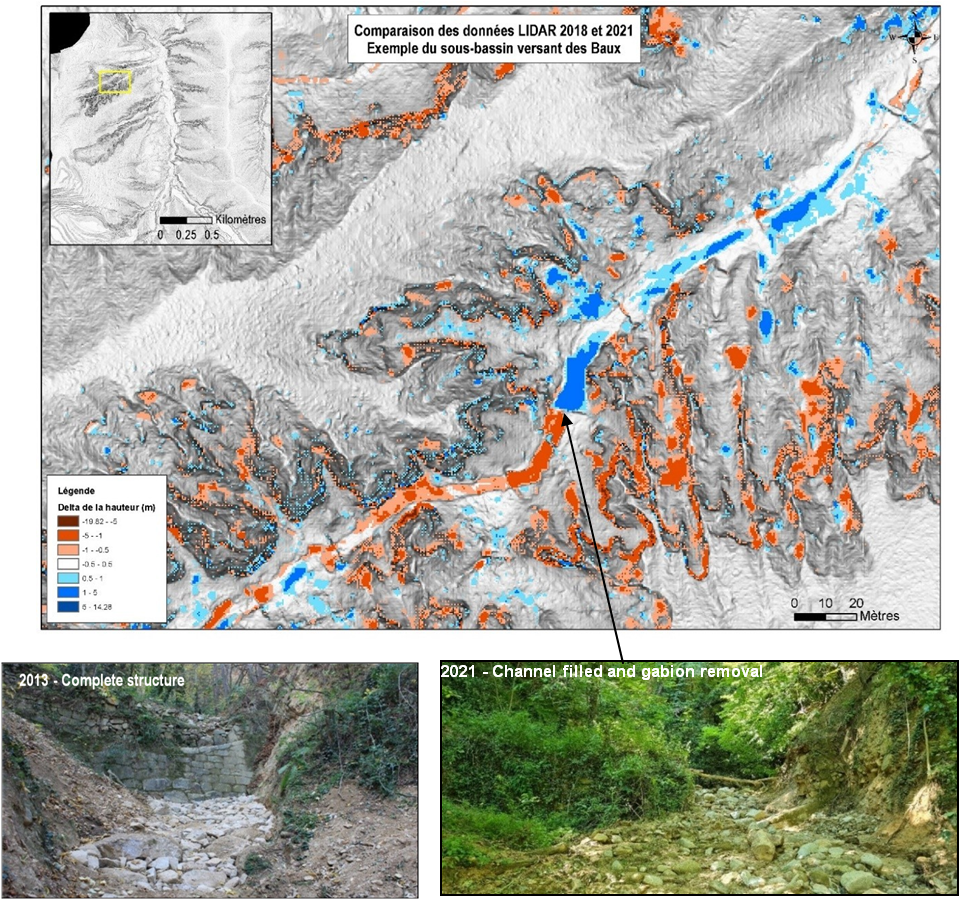 Figure 2: Comparison of LIDAR data 2018-2021 and example of the evolution of structure B34 of one of the tributaries of the Baillmarsane.

The knowledge of the terrain, the photographic inventories and the event surveys carried out by the RTM service make it possible to compare the data obtained with the reality on the ground in order to reduce bias as much as possible.

The Baillmarsane RBA is currently being finalised. The next steps include the formalisation of a programme of works on the various tributaries in line with the phenomena and different hazards. This study will then be presented to the public authorities (local authorities and the departmental directorate for the territories and the sea) to share information and provide funding for the targeted interventions.