Soil is a finite and non-renewable natural resource that provides a variety of ecosystem or environmental services. Not only is it the natural basis for the production of food and raw materials on which the world's society depends, but it is also host to a quarter of our planet's biodiversity. However, soil degradation is one of the greatest threats of the 21st century. According to literature studies, soil degradation processes have already affected 33% of the earth's surface, leading to a significant reduction in soil quality and functionality. Among the soil degradation processes, water and wind erosion are among the most important. The European Environment Agency estimates that 115 million hectares are exposed to water erosion processes (12% of the European land area) and 45 million hectares to wind erosion. It is estimated that between 8 and 12 million hectares of fertile soil are lost annually in Europe, resulting in an economic loss of approximately EUR 1.25 billion.

Within the framework of the MONTCLIMA project, a study of soil erosion is being carried out in a vineyard in Rioja Alavesa with a high risk of erosion due to its topography, but which in turn represents the general situation of vineyards in Rioja Alavesa, since most of them are located in areas with steep slopes. It is essential to find measures to reduce soil erosion in vineyards since, as a result of climate change, this risk is expected to worsen due to changes in the distribution of rainfall.

Map of slopes in the vineyards of Rioja Alavesa.

The trial that began in 2019 with the MONTCLIMA project is being carried out on a plot of Graciano grapes located in the municipality of Elvillar (Álava), with slopes of 10-20%, managed in organic farming and belonging to the Maisulan winery. It consists of three treatments: 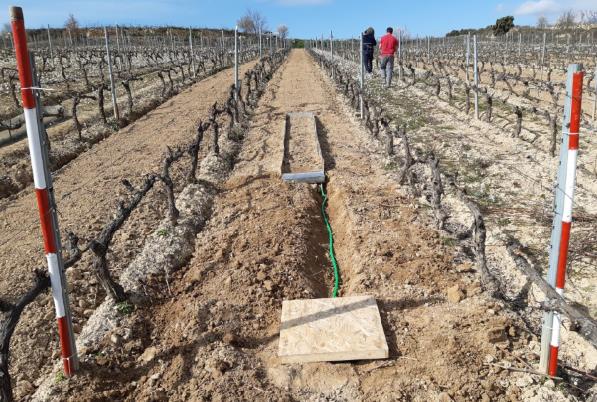 Image of the Gerlach boxes installed on the plot.

Sampling of erosion is carried out in the erosion traps installed in the field (Gerlach Boxes), both of the soil and of the amount of water and solutes collected by runoff. In order to study the effect of the three treatments, each of the vines that makes up the elementary plots (13 vines per repetition) are harvested separately and grape samples are taken to analyse their quality. 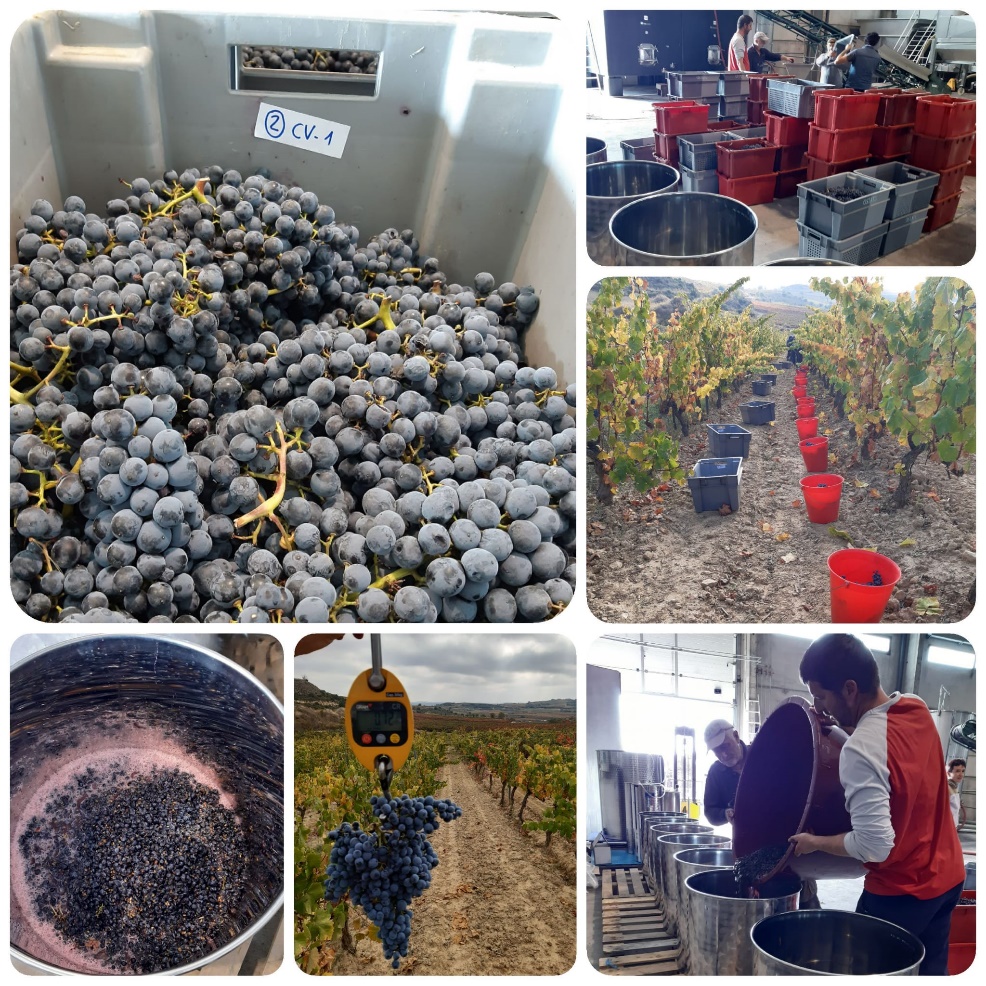 Harvest and microvinifications of the experimental vineyards.